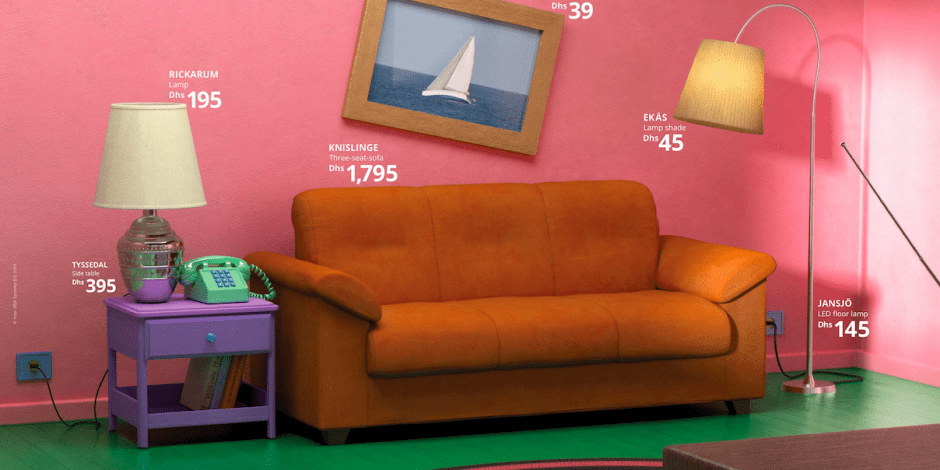 In the US and UK, Ikea is a retail novelty: many shoppers spend hours lounging in its various homeware settings, playing make believe and indulging in some Swedish meatballs and mashed potatoes. But gaining relevance in the UAE has been slightly more difficult.

As a result, the brand enlisted Publicis Spain to create a set of three displays, modeled after the the living rooms of cult classics ‘The Simpsons,’ ‘Friends’ and ‘Stranger Things’. The print ads comprise actual furniture from the store’s inventory, which was modelled and edited using 3D software for a hyper-realistic aesthetic.

The project, named ‘Real Life Series,’ will come to life on Ikea’s social media channels and catalogues, and even appear in experiential form across stores in the Middle East. 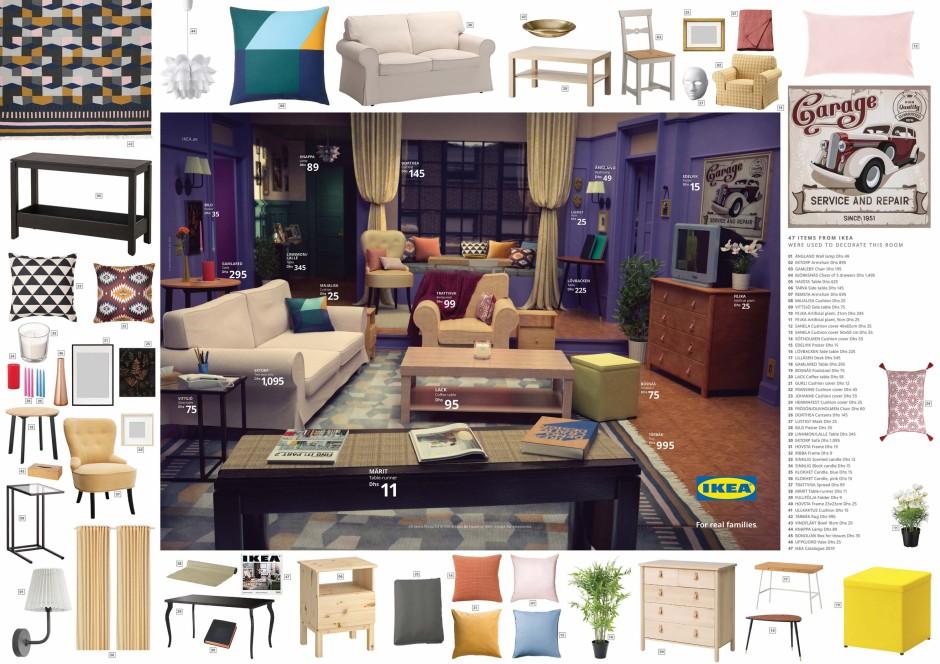 The brand has also launched a website that offers decorating inspiration so that customers can source the exact iconic pieces they’re looking for, such as Lattjo, which doubles as the rug found in the Simpsons’ living room.

With the tagline, ‘For Real Families,’ the initiative aims to highlight the range of Ikea’s products among the UAE’s diverse expat population by familiarizing its catalogue with already familiar settings. It is looking to prove it can provide “relevant solutions to all cultures,” according to the brand’s press release.

"The Ikea team worked closely with the creatives for months,” said Vinod Jayan, the managing director for Ikea UAE, Qatar, Egypt and Oman. “They went through hundreds of items to find the perfect pieces that would bring those iconic rooms … a true testament of what Ikea represents: a place where everyone can bring whatever idea they see or have to life."

Is your brand showing any emotions?

How advertisers manipulate all our senses at once

Trends for 2019: Effectiveness wins the battle over efficiency

81% of brands could disappear and European consumers wouldn’t care

How BMW is using content to ‘enlarge the upper sales funnel’

Ha Noi among top culinary destinations in the world

Viet Nam records trade surplus of US$3.6 bln in January