Zoom... for keeping the world connected: The Drum editorial team’s best of 2020

It’s that time again, when we look back at the agencies, the brands, the organizations, movements and trends that have shaped the past year. In 2020 – a year so many of us would like to forget – our industry of problem solvers proved time and again that they have what it takes to muck in, help out, ask questions, shape cultures and change the world. It is them that we celebrate in our New Year Honors. 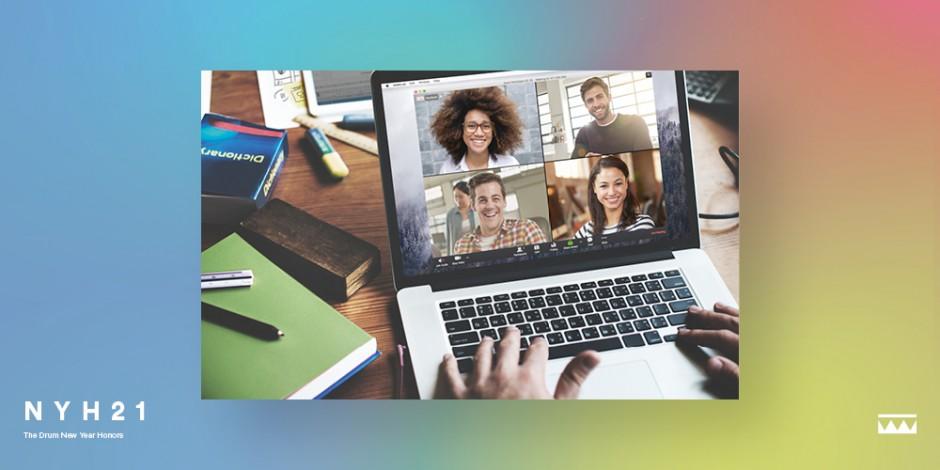 Zoom has become synonymous with the year 2020

What happens when a growing business suddenly becomes the default platform that keeps the world connected during a global pandemic? You’d have to ask Zoom.

Prior to this year, Zoom was a nine-year-old – although blossoming – business that had primarily seen majority usage in meeting rooms and international conference calls. Founded with the aspiration to be a more streamlined and usable platform for virtual conferencing, Zoom could never have predicted that its easy-to-use interface would help to solidify it as the default service for Covid-era connection.

And as governments around the world issues stay-at-home orders, Zoom found itself the go-to service for not only virtual meetings, but online teaching, virtual happy hours, online quizzes, catch-ups, dates, wedding ceremonies, funerals, christenings and just about everything in between.

At the start of the year, pre-pandemic download rates of Zoom averaged around 56,000 downloads globally a day. Two months later, on Monday 23 March, Zoom was downloaded 2.13m times worldwide, a growth of 2.04m on the previous day.

The rise in popularity was astronomic, but Zoom quickly ran into unease from new users concerned about issues relating to privacy, as well as online harassment after the phenomenon ‘Zoombombing’, referring to online trolls logging on to public video chats to display graphic or offensive content, became prevalent.

Zoom had to be quick in its response to emphasise the availability of its private meeting rooms that require a password or the use of a ‘waiting room’ feature prior to admission to the chat.

To combat the new demands and support the rapid growth of the platform, Zoom welcomed 600 new staff members to its teams in order to assist users, and further marketing was brought in to educate users on the platform with the brand creating YouTube videos in different languages each day.

As the year progressed, Zoom became used not only for day-to-day administration and socialising, but for the progression of culture too. Ads were filmed on Zoom, content was created, live performances of music and theater were streamed around the world using the technology, so much so that Zoom has become synonymous with the year 2020.

Its visual and cultural legacy will be significant as word of a vaccine promises hope for the future, and there is no doubt that in the years to come, when we think of the year 2020, our memories will be contained in something resembling the floating rectangle of a Zoom call.

KFC... for its slogan solution: The Drum editorial team’s best of 2020

Why children are key to Lifebuoy achieving its handwashing goals

Snapchat Spotlight explored: ‘A clear departure from its origins’

Homebuilders pause media as Americans move out of major markets

What consumers and marketers can expect from 5G

With stores and salons closed, Coty puts a new face on innovation

The 5 hottest advertising trends for 2021

Retail bounces back in Q2: how marketers can make the most of it

Can marketers restore trust and transparency in agency relationships?